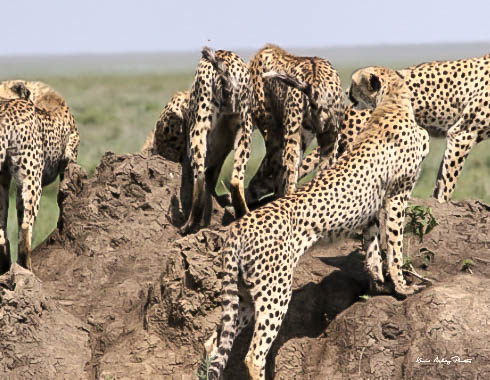 Tarangire National Park has a healthy population of creatures both big and small. The park has plenty of resident animals although some tend to migrate depending on the time of year. The most commonly seen animals are elephants, giraffes, impalas, warthogs, zebras, wildebeests, dwarf mongoose and ostriches. Lions can however also be seen, as well as leopards and on some rare occasions even wild dogs have been spotted. Furthermore the park is home to 550 species of birds and the greater and lesser Kudus as well as oryx also roam the park.

Tarangire National park with its baobab crested landscape is scenically one of the most beautiful parks. Baobab trees tower above the savannah and these age old trees play a vital role in the eco system as they act as homes for bees, birds and bats. In addition hereto they provide nourishing fruit and supply animals such elephants with indirect water especially during the drier months.

During the months of June to September the park witnesses a small migration during which thousands of wildebeests and zebras head to the park for better grazing grounds. Elephants and other animals follow suit to gather along the Tarangire River, the only permanent water source in the park. It has been claimed, that up to 2000 elephants reside in the park during these months with some coming as far as from Ambsoseli National Park in Kenya.

Cats are also very much present in the park and lions can be found soaking up the sun on the river banks, whereas leopards are sometimes spotted resting in the baobab trees. Cheetahs are around but usually like to stay hidden from unsuspecting prey.